WHAT IS TUNA TRACKING?
This is not an introduction to working trials type tracking. It is a scent Mind Game that pet dogs can have fun doing together with their handlers by following strange but exciting scent trails (eg the scent from the juices of tinned fish) that have been laid either by their handler or a helper. The dog is attached to a long line on its harness and then the handler and dog silently search and follow the trail until the dog finds the "jackpot" (eg. tiny flakes of either tuna, salmon, sardines, or pilchards) that were left at the end of the trail.

Tuna Tracking helps handlers develop their dog's sense of smell, a sense that is often ignored. A dog of any age or breed will really enjoy doing this nose work exercise as it fulfills their hunting and scavenging instincts. It leaves the dog mentally tired but satisfied from working for a reward while not being over excited or stressed. Many handlers have commented that although they walk their dogs for long periods of time the dogs never seems to tire, yet this type of exercise (ie mental stimulation) leaves their dog mentally and physically replete after "following" just one or two relatively short Tuna Tracks.

Obviously take into account the age of your dog when doing this Mind Game and do not expect too much from a young dog as they are only able to concentrate for a very short time (even 2 or 3 seconds can seem like minutes to a young puppy!). Also, some breeds of dog are purposely bred to have low levels of concentration - such as flushing dogs like Springer Spaniels - as they must run and "quarter" the undergrowth to flush out any game that may be hiding, rather than follow a particular track or scent of one bird or animal.

WARNING Do not play this or any other type of "find the food" game in countries where poisoned food is routinely left to kill stray dogs. This is a very big problem in countries such as Greece, where too many pet dogs die in terrible agony from eating baited food left either by the authorities or people who regard dogs as a nuisance and vermin.

WHAT DO I NEED?

The handler will need -

WHERE & WHEN CAN IT BE DONE?
Chose your Tuna Tracking venue carefully. Try to find a place where you and your dog will not be distracted by people or the sudden appearance of a loose dog joining in the tracking. For instance, try and find an out-of-the-way spot where you usually walk your dog (local parks usually stipulate that all dogs must be kept on leads, which of course your dog will be as it will either be on its lead or the tracking line), areas of the countryside open to the public, or a field that the farmer has given you permission to use, etc.

In the early stages of teaching your dog to follow a Tuna Track, PLEASE DO NOT LAY TRACKS -

Some of the above can be introduced later on in your dog's training, when it is confident as has plenty of experience. But even then introduce each new challenge one at a time.

Don't give your dog a large meal before it has done the tracking. Dogs need to feel farily hungry in order to really appreciate the prize of the "treasure" when they eventually find it at the end of a track.

Also do not take your dog for its normal walk before you do the tracking - your dog needs to be fresh and keen, not overexcited by too much exercise beforehand. The tracking will soon tire the dog out mentally and physically from concentrating on the tracks and it will sleep for hours afterwards!

DOG MANAGEMENT
When you arrive at the venue where you want to lay a Tuna Track, do not be tempted to tie your dog up while you lay a track - the dog will become frustrated, overexcited and stressed having to watch you prepare and lay the track and will be unable to concentrate or do the Game properly when it is eventually allowed to do the track.

Alternatively, if there are two of you doing Tuna Tracking, get the helper to lay the track while the handler takes the dog in the opposite direction, out of sight and smell of where the track is being laid. Bring the dog to the start of the track when the helper has finished laying the track and has walked in a wide curve away from the track (and downwind from it) back to the start. 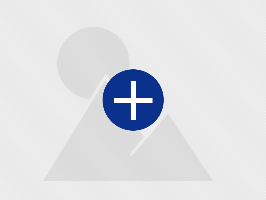 LAYING THE TRACK
Click here to print off diagrams (to be edited) of how to lay the first and second sessions of tuna tracking.

14. Once the track layer is well away from the tracking area the dog can be brought to the start pole and have its tracking line attached to the harness. Give your tracking signal/command (I say "track" and point to the ground) and encourage it to sniff the ground where the tuna juices were left.

15. Be patient and do not hurry your dog! Just because you can see where the track has been laid (by looking at the marker poles) your dog does not understand what is expected of it. Let it enjoy having a really good sniff at this unusual and exciting scent it has just found - after all it is concentrating and using its nose already so the tracking session is working even if it doesn't find the "end" straight away.

16. Eventually your dog will discover that there is more of this exciting scent going in one direction (ie. the track that has been laid)

18. Do not talk or distract your dog (apart from praising it when it reaches the end of the track) - be patient and enjoy watching its body language as it concentrates on assessing the scents on the ground or in the air. It is fascinating to watch and learn how a dog's body language changes as it focuses and concentrates on using its amazing sense of smell. Often the dog's muscles will tighten, and their tail carriage and ear positions will change. Later on you may recognise these "concentration" signals when working your dog in other training situations and realise how hard your dog is trying to work for you.

19. Because you have the two marker poles to indicate where the track is, you can tell when the dog is veering off to the right or left of the track. If this occurs, tighten your grip on the line so that the dog cannot venture any further away from the track, stand perfectly still and silent and wait for the dog to wander back towards the track and pick up the track again. Then allow the line to run freely again and continue to walk behind the dog, gradually taking in any slack in the line as you walk up it.

20. Eventually your dog will come to the end of the track and begin to find the flakes of tuna on the ground and start to eat them. Only then can you calmly and quietly praise your dog for being so clever and finding such an exciting and tasty a reward. Remember this is the highlight of the exercise for the dog - don't be in a hurry to call the dog away from the exciting "treasure". Let it take as long as it wants to double and triple check that every tiny molecule of tuna has been completely found and eaten - after all the whole tracking session will only take a few minutes so allow the dog the opportunity to have as long as it needs at the end of the track.

21. Once the dog has lost interest in the end of the track you can walk away from the finish marker pole at 90 degrees, just as the track layer did. Do a large curve back to the beginning of the first track and then walk towards the second track's marker pole and repeat steps 14 - 20.

22. If the dog is beginning to look tired and is losing concentration, do not ask it to do another track - take it back to the car to rest. If, however, after a third track the dog still looks keen to do more, make a mental note of the fact and lay longer tracks the next time you do Tuna Tracking.

23. Once the dog has finished the tracking session take it back to the car and allow it to rest there, and also rest at home when you return. You will find that your dog will be mentally exhausted from choosing to concentrate so hard and for so long, and it will fall into a healthy and very deep sleep. When it eventually wakes it will be calm and fulfilled from doing a "proper day's work".

24. As the dog's levels of concentration and ability to track improves, lengthen the tracks. Experiment to see what happens when the wind is blowing from behind the dog rather than into its face when Tuna Tracking. Also, you can experiment to try different locations, ground and weather conditions, and also introduce the dog to tracks that veer off at right angles etc. However, do not overface the dog by asking too much or too soon. Allow the dog to enjoy this Game at whatever level it feels happiest with.

25. Play Tuna Tracking at most once a fortnight. Too much of a good thing can make dog and handler complacent.

SUMMARY
Only lay short tracks when starting to teach your dog to track. Dogs need practice to build up the amount of time that they can concentrate following a trail. Your first training session will give you some idea of how long your dog can follow a trail. Begin at this level and gradually increase the length of the trail as your dog's concentration levels develop. Also be aware that most dogs cannot cope with more than two or three tracks in a session.

Some breeds and ages of dogs have more ability to concentrate than others. Do not over stretch your dog so that it becomes disheartened or stressed and no longer wants to go tracking with you in future. Watch your dog's body language and keenness and you will begin to develop more understanding of your dog's capabilities not only for doing this tracking but when teaching or training it in the future.

Above all - HAVE FUN WITH YOUR DOG!

You may also be interested in Sprinkles (TM) for Dogs

The images & material contained herein may not be copied or reproduced either physically* or electronically without the prior individual written approval of Sally Hopkins.